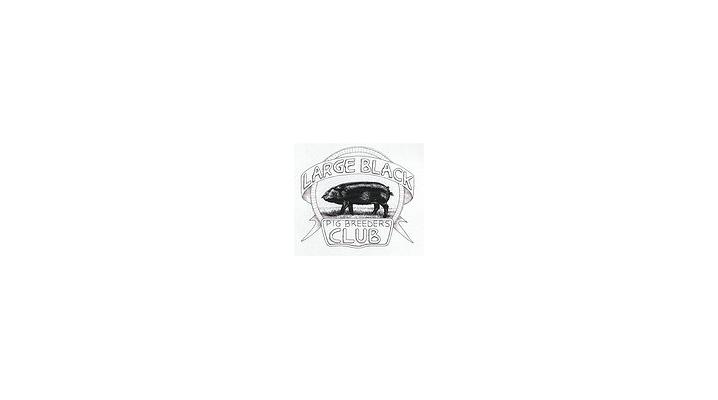 Origins:  One of this country’s oldest pig breeds, the Large Black had its origins in the Old English Hog of the 16th and 17th centuries.  By the late 1800’s the main strongholds of the breed were in East Anglia and Devon and Cornwall, and two distinct types of pig were produced.

The founding of the Large Black Pig Society in 1889 led to an increase in the exchange of stock between the breeders in the two localities. In the early part of the 20th century Large Blacks became more widely distributed, and were frequently crossed with the Large Whites and Middle Whites to produce both porkers and baconers.  The Large Black enjoyed considerable success in both the Show and Sale ring.  At Smithfield Show in 1919 the Supreme Championship was awarded to a Large Black sow, subsequently sold for 700 guineas.  In the same year Large Blacks outnumbered all other breeds at the Royal Show, with 121 being exhibited.Overseas:  Their hardiness and ability to withstand sunburn made the Large Black suitable for a wide variety of climatic conditions.  By 1935 they had been exported to well over 30 countries world-wide.  In 1949 the Large Black Pig Society merged with the National Pig Breeders Association, later renamed the British Pig Association.  The BPA provide facilities for Birth and Herdbook notifications, and are concerned with all aspects of pedigree breeding and showing.

Survival:  A change in demand by the meat trade, and a developing prejudice against ‘coloured’ pigs, led to a severe decline in numbers throughout the 1960’s.  The creation of the Rare Breeds Survival Trust in 1973 led to the Large Blacks being placed on the Trust’s list of ‘critical’ breeds.

The individual bloodlines within the breed continue to be monitored on an annual basis.  There is also an ongoing programme for collection of semen from Large Black boars for long term storage, with a boar standing at AI from time to time