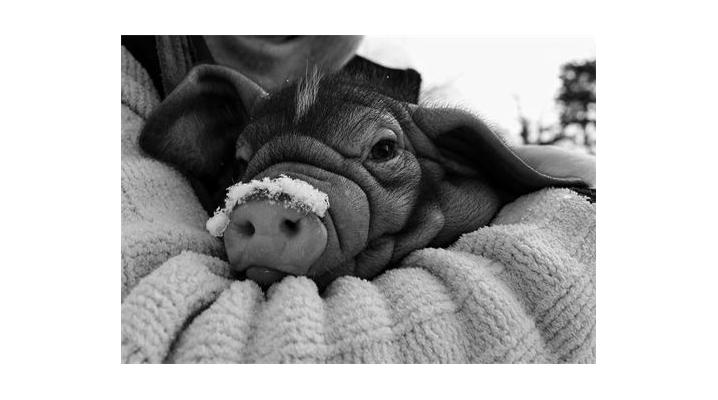 Meishan pigs pronounced “May Shan”, originate from a region in China known as the Mid Sub tropic Belt. Lying between North and Central China in the Lower Changjiang River Basin and the Southeast Coast, the area is known for its mild climate and its beautiful valleys and Lakes. Meishans are not known as the most prolific breeding pig for nothing, they can have up to 25 piglets although this is unusual and 16-18 is the norm. Meishans are fabulous mothers and research has shown that piglet crushing is much lower compared with other traditional and commercial breeds. It is believed, because piglets spend less time being born, usually around ten minute intervals,  they arrive in the world stronger and more active which increases their ability to move out of the sows way. Having so many piglets however does take it out of the sow and unlike our traditional breeds, Meishans piglets are often weaned earlier around 5-6 weeks. They are wonderful laid back pigs and are excellent as a family pig. They are “easy to do” and very hardy, ideal for people starting out in pigs. The meat from a Meishan is considered a delicacy in Japan where it is served in many of the top class restaurants. Similar to the Mangalista they are known as a lard pig and are capable of producing beautiful milky white lard .  For meat lovers,its the creamy fat that gives the meat its wonderful texture and taste