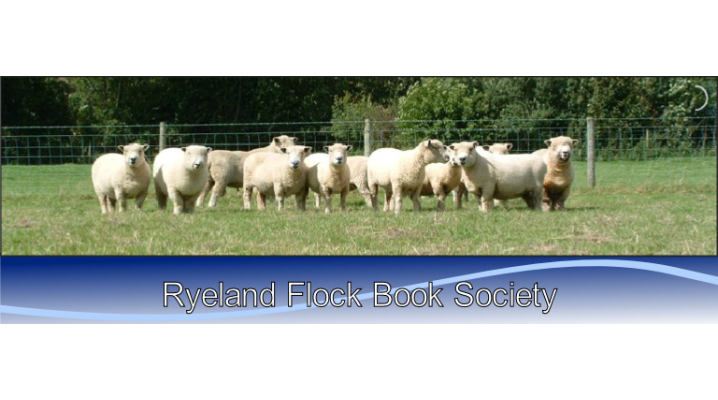 Ryeland sheep are amongst the oldest of the established British sheep breeds. Although the exact origins of the Ryelands are lost in the mists of time it is believed that they were derived from the Spanish Merino. The breed was developed in the area surrounding Ross-on-Wye and was highly prized for its fleece. The wool clip was of exceptional quality, and this was partly attributed to the succulence of the grazing – a reflection of the excellent pastoral conditions of the area.  Mediaeval records show that Dore Abbey ran a flock of 3,000 of these sheep, and the monks were responsible for weighing and conveying the wool crop to Hereford for collection prior to shipment overseas. It was mostly sent to Flanders, highly important in the wool trade at this time, and also to Italy, fetching the highest price in Europe in the 13th-14th centuries. Ryeland wool became the measure against which the quality of other wools was assessed. During the 16th Century the breed increased in popularity, possibly helped by the supposed fact that Queen Elizabeth I was a strong supporter of Ryeland wool. Apparently a pair of stockings, given to her as a gift, pleased her so much that she swore that she would thereafter only wear clothing made from Ryeland wool. The breed widened its geographical spread, moving up towards Leominster which was the main wool market in the area. The wool became so highly valued that it was termed “Lemster Ore”. It is also believed that the Lord Chancellor’s seat in the House of Lords, the “Wool Sack”, was originally stuffed with Ryeland fleeces. It has since been re-stuffed with wool from around the Commonwealth as gesture of unity and friendship