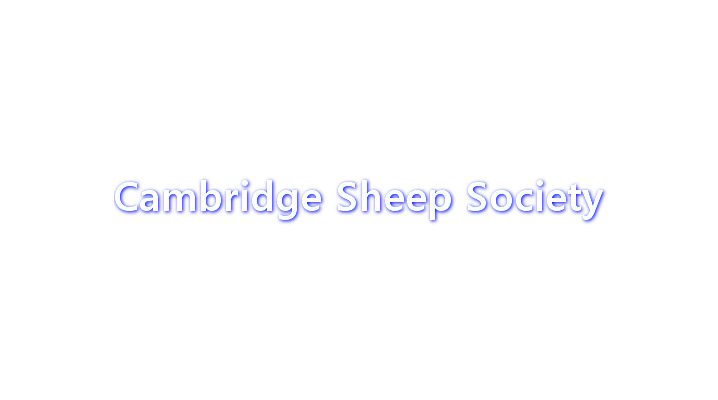 Almost 50 years have elapsed since the Cambridge was created using a selection of ewes from a number of British breeds.

It is now recognised as one of the world's most prolific breeds with litter averages of mature ewes near 2.3.

The breed's high prolificacy and mothering ability makes it an ideal animal to mate with other breeds and crossbreds for the production of consistently high-performance crossbreds for commercial systems. Crosses with Terminal sire breeds especially the Texel have become popular in recent years but Cambridge rams have also been used on Hill ewes and their crosses and on various niche market breeds like the Dorset Horn.

A proportion of flocks belong to the Maedi Visna Accreditation Scheme. Scrapie resistance is good. No animals in the breed population has been found to be Type 4 and 5 genotypes and some flocks have Type 1 genotype animals only.

It has been the Society's policy not to indulge in showing but examples of the breed can be seen at most demonstration events such as those organised by the National Sheep Association (NSA) and by prior agreement on the farms of breeders.

Rams are sold at the NSA am sale at Builth Wells but mostly off-farm. Females are normally sold off-farm. Limited numbers of ewe lambs and shearling and two-shear ewes are almost always available for sale.

Breeders of prolific pedigree stock are well aware of the need to provide appropriate management and nutrition at certain times of the production cycle.