Meet the 'Cucamelon' with Provenance from the Real Veg Shack 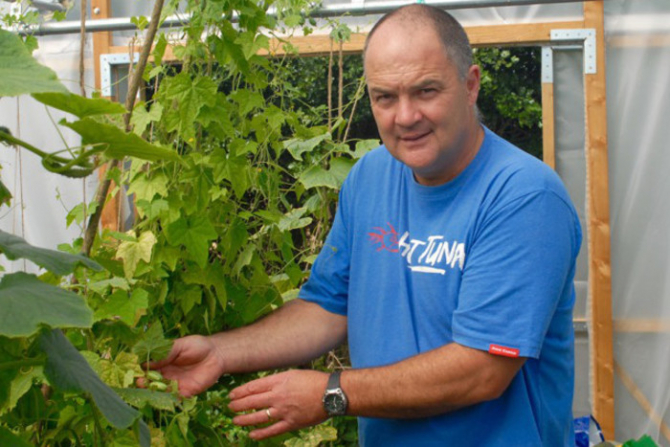 Tiny, doll-sized melons might not be everyone’s cup of tea, but for one Market Weighton farmer turned teacher, they are proving very popular this summer. Mark Thompson and his wife Catherine began growing the cucamelons on their market garden plot to see if they would be popular with the public.
Mark was a farmer but now works as a teacher and the couple sell produce daily from a shed at the bottom of the garden called the ‘Real Veg Shack’. “I grew up on this farm, then I went to university to study agriculture, before returning to work on the family pig farm,” says Mark. “I had every intention of devoting my life to agriculture but when pigs became unprofitable, I decided to re-train as a science teacher. “People don’t seem to realise how much agriculture there is in science and how agricultural case studies and videos can back up what they’re learning in school. “I got a digital camera and began taking videos of pigs farrowing on the farm and then I would take them in to show pupils in lessons.
They found it fascinating and it’s a really good way to learn. The lack of knowledge about farming in schools is phenomenal and the textbooks are often out of date.”
“When I talk to the children I always talk to them about food provenance, as it’s something we feel very strongly about. “Once the farm went to another family member, I began to use my plot of land to grow vegetables, with the aim of selling directly to the public.” Real Veg Shack opened last September at the end of their driveway. The family re-stock their produce daily and have a steady stream of customers.